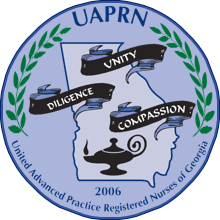 A Very Different Message from your President

Posted over 6 years ago by James F. Lawrence

A Different Message from your President

As 2013 winds down and we look toward a New Year, I want to take this moment and ask that you all indulge me as I speak about a very private matter. My objective is that each UAPRN member will look back over 2013 and remember those special individuals with whom you  have lost as well as those individuals who came into your life for a brief moment. Then, ask yourself did that relationship in my association with him/her teach me anything about myself, others, and/or society?

Ending one year and beginning a new year always stirs up maudlin feelings of reflection and self- analysis. Last Saturday, I officiated a memorial service for a 31 year old man that become known as my "baby brother." He had that special "light in his eyes" that reflected potential, promise, and optimism, and I was determined to show him those elements in his life. Sadly, throughout 2013, the bright shining light began to fade to a devastating glimmer. Numerous times in the middle of the night I had received telephone calls from him, crying out for help, desperate for attention, and craving to be rescued. Time and time again, I got up out of my warm bed, and stumbled into the dark cold night to try find him for I knew he had no others. Many times, I found him in one of Atlanta's popular "shooting galleries" for methyl amphetamine and/or heroin users. Yet, other times, I found him lying down in his own blood and vomit, bruised and beaten up from a recent altercation. It became difficult for me to not express my opinions and to remain "neutral without judgment". I would get him in my car, bring him home, suture his wounds, prescribe him Keflex for his staph infections, and try to believe that this would be the last time I had to rescue him from such situations. I would think to myself, "tonight, maybe he learned his lesson and now he understands that this volatile lifestyle is not what he is intended to do in fulfilling his destiny." Yet, a few weeks would pass, and another telephone call would take place and I would be out searching for my "baby brother". That's what big brothers did, right?  Despite my many interventions as well as the interventions of others that I elicited, Justin's  will to continue these destructive behaviors always seemed to prevail. Even when I put him on a grey hound bus destined to south Florida where hiis mother was awaiting, - he always found his way back to Atlanta and to that egregious lifestyle of destruction.

However, by the fall of 2013, his body and spirit began to send very strong messages of his abusive behaviors toward it. `The body began to fight backa . These loud messages were in the form of a HIV positive diagnosis, a Hepatitis diagnosis, chronic staph infections, and pneumonia to name only a few. His once "strong as steel" immune system had fled and these enemies that descended upon him refused to leave. Ninety days later after receiving an HIV diagnosis accompanied by a very rapid 40 pounds weight loss, my beautiful and handsome"baby brother's" light was permanently extinguished.

I've mourned his death on many layers-much more deeply than I ever expected. I've beaten myself up dozens of times by questioning my actions, or the lack thereof. "Why could I not get Justin to stop taking those drugs?"; "Why wasn't I strong enough to get him to see his destructive behaviors?"; "Why would he not listen to me?"; "Why could I not save him?" Then, a few nights following his memorial service in the quietness of the holiday night, a heard a voice out of the darkness. Whether this voice was actually audible, hallucinogenic, or a dream that I was having, who knows? However I received the message, its meaning was unequivocally clear- only Justin could save Justin, not me- no matter how badly I wanted it for him. It had to be his decision. The other message I became quite aware was in response to my pious feelings of failure for that surely was the purpose of our paths crossing one another. I was suppose to save him from these destructive behaviors, right? Humbly, in my grief I was made aware that my omnipotence and cavalier presence to save him was never the purpose of our lives crossing. Furthermore, I was never meant to save anyone, especially Justin. One of the most humbling moments of my life came in this recent experience when this loud, powerful voice stating that "the purpose of Justin and your relationship were not so that you could save Justin, but for Justin to save you"! "How has his life and watching him go through such events impacted you?" and "How have you allowed it to make you a better person?" were the questions brought before me that night.
I share this very personal story because this event has left me "changed"- A stripping away of pride and a lesson in humility have been just some of the results I will share.

So this holiday season, regardless of your religious and spiritual beliefs. I ask the members to take these last remaining hours of 2013, and allow me to ask of you similar questions that were asked of me that night- "How has this past year "changed" you?" Are you allowing yourself to be open to the lessons and directions for your own life that are occurring all around you; yet, we may be too busy to receive them or even to know that they are there"? I know I was.

As your state president I would also like to ask the following: "What have you learned from this 2013 UAPRN year?" "What has moved you or angered you or tugged at your heart relating to this organization"? and lastly "Where do you want us to be next year at this time as the premiere professional organization representing all advanced practiced registered nurses in Georgia?"

I ask these things of you as I ask them to myself and to my other state officers routinely. Although past responses from the membership has been bleak, I am optimistic that this message tonight may change some of that. TAKE THE TIME TO LISTEN!  Former First Lady Eleanor Roosevelt stated that "one gains strength, courage, and confidence by doing the things in which they think they cannot do."  Through Justin's death, I required a reminder of that powerful lesson.

I am constantly asked wherever I speak "what can UAPRN do for me, why should I join, why do I need to become a leader in UAPRN?" I always think of Kennedy's quote when I encounter these questions.  Tonight with my "changed" philosopy and newly acquired wisdom I will allow your inner spirit to speak to you and I ask that you listen. Listen as there maybe lessons to be learned by becoming involved in UAPRN. Maybe just your presence will inspire or motivate others. But most importantly LISTEN as I am convinced that we are not humans having spiritual encounters, we are spiritual beings having human encounters !!

Happy New Year and to a Prosperous and Successful New Year to all of our Members!!